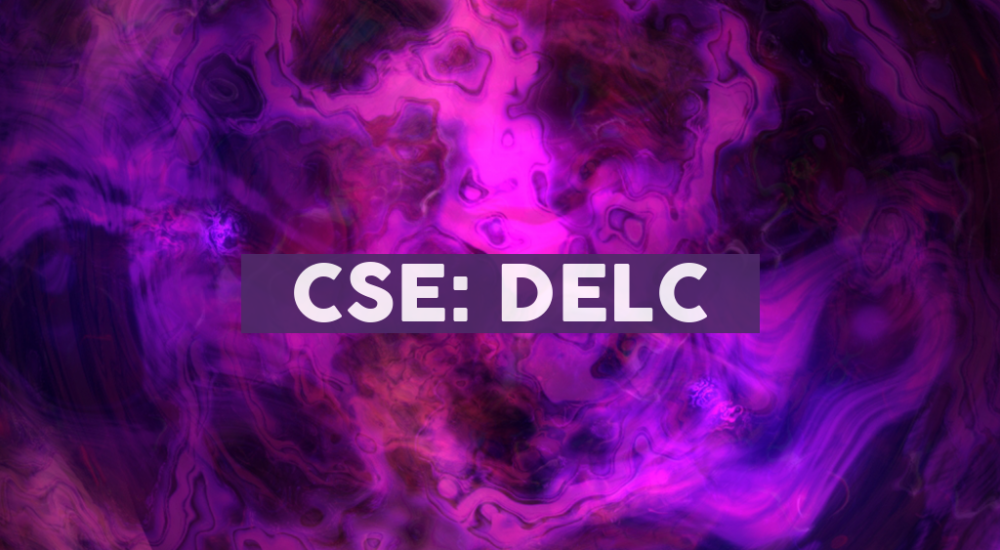 VANCOUVER, BC, Nov. 24, 2020 – Delic Holdings Inc. (“DELIC” or the “Company“) (CSE: DELC), a psychedelic-focused media, e-commerce and event company, is pleased to announce that it has formed an Advisory Board, to aid the company in its market diversification efforts to become the worldwide leader in operating and owning unique assets within the psychedelics sector. The purpose of the Advisory Board is to maximize the expertise from this collective network of individuals who are leaders in their respective positions and to provide DELIC with more opportunities to partner and invest in strong businesses within the psychedelics industry.

Jackee Stang, CEO of DELIC commented “Our Advisory Board members bring to DELIC invaluable market understanding, industry expertise and business acumen across a range of industries. Most importantly, our folks have integrity. We are grateful for their insight and look forward to applying it to further evolve our existing business model and deliver shareholder value.”

The DELIC Advisory Board Includes:

Michael Lovitch, MA is a former special education professional, over-educated grad student, and floundering tech sales guy who decided at the age of 34 to take the entrepreneurial path because nothing else was working. He started a publishing company in the psychology space that ended up being a 7-figure endeavor, then parlayed that into a physician-based nutritional supplement company (RealDose Nutrition) that ended up with annual revenues of $50 million dollars before he sold out his stake.

Now, he is the co-founder of the Baby Bathwater Institute, a community that helps bootstrapped entrepreneurs navigate the crazy world of business ownership while having good times and making lifelong friendships.

Barbara Branaman is the CEO of Bioreset Medical, an integrative medicine practice, as well as a long-time practitioner and teacher of yoga and QiGong, and a recovering Silicon Valley tech executive.

Barbara has had a lifelong interest in eastern and western healing arts and practices, and has studied with a number of master teachers. Her formal education includes an undergraduate degree in Chinese Language and Literature from Oberlin College and Tunghai University in Taichung, Taiwan. During her study abroad, she began her studies in TCM (Traditional Chinese Medicine) and Medical QiGong. She continued her education at the Thunderbird School of Global Management, receiving an MBA that led her to a career in high tech marketing and management with IBM, Rolm, Concentric Network and XO Communications.

Zak Garcia is a veteran and a sought-after marketing and leadership strategist who has built large virtual teams that have done over $100 million in sales. He recently launched an online course on virtual team leadership. He is the current CMO of CBD Capital Group and interim CEO of Mana Artisan Botanics, and is the former CMO of Bulletproof.

Dr. David Rabin, MD, PhD, is a neuroscientist, board-certified psychiatrist, health tech entrepreneur & inventor who has been studying the impact of chronic stress in humans for more than a decade, particularly non-invasive therapies for treatment-resistant illnesses like PTSD. He is the co-founder & chief innovation officer at Apollo Neuroscience and the co-founder & executive director of The Board of Medicine. In addition to his clinical psychiatry practice, Dr. Rabin is currently conducting research on the epigenetic regulation of trauma responses and recovery to elucidate the mechanism of psychedelic-assisted psychotherapy and the neurobiology of belief. He received his MD in medicine and PhD in neuroscience from Albany Medical College and specialized in psychiatry at the University of Pittsburgh Medical Center.

Garyn Angel is an award-winning inventor and philanthropist. His work with politicians has guided international cannabis law reform, and his contributions to legal marijuana landed him a spot on the exclusive CNBC NEXT List of global business visionaries. His leadership extends beyond business. Garyn founded the Magical Creative Center, an educational program for engineers and writes for entrepreneurs.

A 17 year veteran of executive search and talent advisory. CEO and Founder of FlowerHire, the leading executive search and talent advisory firm focused on the cannabis industry. Before FlowerHire, Dave spent 13 years at Boston-based Motion Recruitment Partners where he helped scale a $200 million firm focused on growth-stage technology and enterprise recruitment services. David has a degree in Industrial and Labor Relations from Cornell University.

Recognized trend innovator in the home, art, and lifestyle gift product industries. As the founder of ZONA, for 17 years Lou built a world-class home lifestyle brand birthed on the streets of Soho in New York. Lou has consulted as a retail brand strategist to AOL, Ebay, and the early-stage development team at Etsy.

In 2014, he joined Evolver Holdings and currently serves as the CEO of Evolver. In 2017, he founded The Alchemist’s Kitchen, dedicated to plant-based health and wellness, and now a leading destination in New York for plant-based medicines and herbal remedies.

DELIC was formed in 2019 to address the growing ‎interest in psychedelic science. DELIC was the ‎first psychedelic umbrella media ‎platform and is currently a trusted source for those interested in ‎psychedelic science. ‎DELIC’s offerings include “The Delic”, an e-commerce lifestyle brand, ‎‎”Reality Sandwich”, a free public education platform providing psychedelic guides, news and ‎culture and “Meet Delic”, a proposed biannual psychedelic wellness summit. ‎For more information, check out www.deliccorp.com.

The Canadian Securities Exchange ‎has neither approved nor disapproved the contents of this news release and does not accept responsibility ‎for the adequacy or accuracy of this release.‎

This press release contains certain “forward-looking information” within the meaning of applicable ‎Canadian securities ‎legislation and may also contain statements that may constitute “forward-looking ‎statements” within the meaning of ‎the safe harbor provisions of the United States Private Securities ‎Litigation Reform Act of 1995. Such forward-looking ‎information and forward-looking statements are not ‎representative of historical facts or information or current ‎condition, but instead represent only the ‎Company’s beliefs regarding future events, plans or objectives, many of ‎which, by their nature, are ‎inherently uncertain and outside of DELIC’s control. Generally, such forward-looking ‎information or ‎forward-looking statements can be identified by the use of forward-looking terminology such as ‎‎”plans”, ‎‎”expects” or “does not expect”, “is expected”, “budget”, “scheduled”, “estimates”, “forecasts”, “intends”, ‎‎‎”anticipates” or “does not anticipate”, or “believes”, or variations of such words and phrases or may ‎contain ‎statements that certain actions, events or results “may”, “could”, “would”, “might” or “will be ‎taken”, “will continue”, ‎‎”will occur” or “will be achieved”. The forward-looking information and forward-‎looking statements contained herein ‎may include, but are not limited to, information concerning listing on the Canadian Securities Exchange, anticipated continued growth in the health and wellness sector (and, in particular, related to psychedelics), the continued emergence of psychedelics from stigmas, the ability of the Company to maintain sensible messaging, the ability of the Company to avoid dogmatic practices and binary rhetoric‎, the ability of DELIC to successfully achieve business ‎objectives, ‎and expectations ‎for other economic, ‎business, and/or competitive factors.‎

By identifying such information and statements in this manner, DELIC is alerting the reader that ‎such ‎information and statements are subject to known and unknown risks, uncertainties and other factors ‎that may cause ‎the actual results, level of activity, performance or achievements of DELIC to be ‎materially different from those ‎expressed or implied by such information and statements. In addition, in ‎connection with the forward-looking ‎information and forward-looking statements contained in this press ‎release, DELIC has made certain ‎assumptions. Among the key factors that could cause actual ‎results to differ materially from those projected in the ‎forward-looking information and statements are the ‎following: the ability to consummate the Proposed Transaction; ‎the ability to ‎obtain requisite regulatory and security holder approvals and the satisfaction of ‎other conditions to the ‎consummation of the Proposed Transaction on the proposed terms and schedule; the ability to ‎satisfy the ‎conditions to the conversion of the Subscription ‎‎Receipts (as defined in the Previous Press Release); the potential impact of the announcement or consummation of the Proposed Transaction on ‎relationships, ‎including with regulatory bodies, employees, suppliers, customers and competitors; ‎changes in general economic, ‎business and political conditions, including changes in the financial ‎markets; changes in applicable laws; compliance ‎with extensive government regulation; and the diversion ‎of management time on the Proposed Transaction.‎

Should one or more of these risks, uncertainties or other factors materialize, or should assumptions ‎underlying the ‎forward-looking information or statements prove incorrect, actual results may vary ‎materially from those described ‎herein as intended, planned, anticipated, believed, estimated or ‎expected.‎