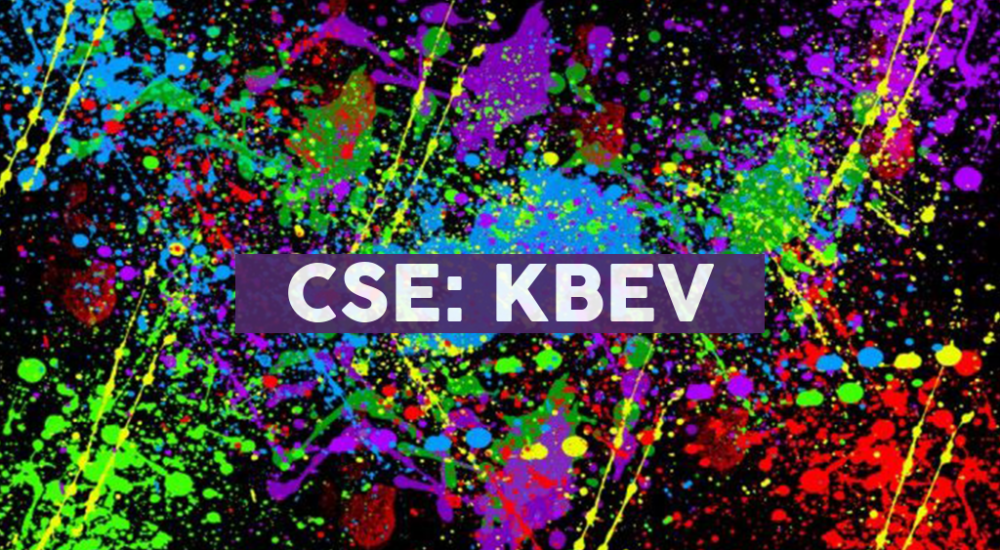 Halfway through 2019, Koios is thrilled to provide an all-around positive update with respect to its operations. Koios’ products have increased in sales volume at its big box/grocery retailers. Additionally, Koios product sales volumes have increased both with its sports nutrition retailers and Amazon, and sell-through rates at specialty grocers and retailers is greater than the industry standard. The Company is presently undertaking efforts to revise its website to offer an improved e-commerce experience as well as an enhanced investor relations section. Koios is also in the process of procuring several distribution partners (including a third-party broker and co-packing vendors), though its focus remains on providing consistently good service to its current partners regardless of how much it scales upward. Finally, the Fit SodaTM product is being produced for wide-scale distribution outside of Denver, CO starting on Friday, July 19, 2019 . This production will prepare the Company for wide-scale distribution of Fit SodaTM nationwide in August of 2019.

Koios’ products are primarily sold through the major retail channels of some of the biggest names in retail, in addition to Amazon, as well as a strong base of specialty grocers and retailers. Achieving distribution in a total of more than 4,300 stores in less than one year following a product’s launch is rarely seen for any new product line, with placement in national retailers typically taking several years to accomplish. While Koios is working with distributor agencies to expand its footprint with retailers, management is taking great caution to ensure growth does not occur too rapidly, as such growth may come at the expense of its current level of performance, and possibly damage its existing relationships. The Company’s primary focus remains on providing the highest quality of product and service to its current partners irrespective of the extent to which Koios scales upward.

Big Box Grocery: Koios products are currently stocked in 1,084 “big box” grocery retail locations across the United States . Sales of Koios products have doubled in volume, driven by a sales per-SKU (stock keeping unit) increase from 1.1 to 3.4 per SKU on average, per store per week, in this specific channel (based on data from the week ending June 30, 2019 ). Koios partnered with a major US-based food processing conglomerate during the period of Sunday, June 23, 2019 to Wednesday, June 26, 2019 , to demonstrate Koios products in over 600 of these “big box” retail grocery stores in which Koios products are sold, causing sales to triple in a two-week period. The Company plans to set up additional in-store demonstrations in many of the other “big box” retail locations to bolster volume. To date, Koios has a 98% on-time delivery rate within this channel.

Sports Nutrition Channels: Sales of Koios products have continually grown within its sports nutrition channels. In the first month selling ( February 2019 ), sales of Koios products have seen an increase in sales through the most recent month (ending June 7, 2019 ), representing a volume increase of approximately 108%. In this period, Koios products were added to more than 200 GNC franchise locations. Koios is actively seeking to enrich its relationships in this channel, working closely with its partners to create strategies to boost sales, as well as to utilize digital advertising and influencer efforts to grow its presence within this channel. Additionally, Koios attended GNC’s global franchise conference in June which provided useful insights about GNC and its partners, as well as strong networking opportunities.

Amazon.com, Inc. (“Amazon”): Sales volume for Koios products has seen strong growth since May, both through Koios’ own portal on Amazon’s website, and through the Amazon storefront of WishingUWell, a Colorado -based e-commerce retailer for health and wellness products. Much of this growth can be attributed to Koios products being made available on Amazon’s Prime subscription service. The Company is working to optimize its Amazon storefront to drive additional sales, and to create cross-traffic and cross-selling opportunities. This optimization is expected to be completed by the end of August 2019 , having undergone revisions to ensure developments are being undertaken properly.

Specialty Grocery and Retail: Since launching, Koios has had its products stocked in several specialty grocery and retail stores, including food-service establishments such as gym snack bars, cafes, and restaurants. Its presence in these storefronts plays a vital role in the growth of the Koios brand name, as these independent and specialty businesses are often patronized by savvy and discriminating early adopters of innovative products. Sell-through rates in this channel continue to surpass industry standards, and Koios will continue to devote a healthy allocation of its resources to sustaining this performance.

In the past three months, Koios has commenced an extensive initiative to revise its digital platform with specific emphasis on full-featured e-commerce and investor relations sections. It is anticipated that a beta version of Koios’ digital platform will be live in mid-August 2019 .

E-Commerce: To date, Koios has accumulated a database of more than 8,000 customers through its e-commerce platform. With its revised platform, it will seek to capitalize on this customer base through a subscription service for Koios products. Additionally, a new shopping cart experience will be integrated, allowing for greater communication and an overall improved customer experience. The Fit SodaTM line of beverages will also be added to the e-commerce catalog.

Investor Relations: In an effort to provide better insights to Koios shareholders, the Company will also be enhancing the investor relations section of its digital platform by including live charts of Koios’ shares (on both the CSE and OTC exchanges), and audio recordings of quarterly conference calls. Additionally, monthly updates will be provided in this section, with an option to subscribe to an email newsletter for direct delivery of such updates.

Koios is in the process of procuring a relationship with a third-party broker of natural foods and beverages, for which it has narrowed down its search to two candidates. This broker will complement Koios’ existing sales team by facilitating new brand launches, in-store associate training, supervision of retail conditions, and execution of analytics and tracking programs. Moreover, with a third-party broker overseeing these responsibilities, the Company will be able to keep its focus on its own core competencies of developing Koios products and maintaining its robust supply chain, thus enabling greater scalability.

Koios has also continued to invest in its production capacity, which already meets retailers’ current demands, with its production standards boasting a lead time that is eight weeks shorter than traditional lead times, a 98% on-time delivery rate*, and sufficient flexibility to develop and produce new products. The Company has identified several new prospective partners across the United States for contract packaging (also known as “co-packing”), which will simplify Koios’ supply chain and improve its scalability, especially into new regions. Management anticipates that new co-packing relationships will be finalized and put into motion beginning in August and September of 2019.

The Fit SodaTM beverage product will be produced for nationwide distribution beginning Friday, July 19, 2019 . Koios has received interest in distributing Fit SodaTM from distributors and direct-to-store delivery companies from across the United States . Based on pre-selling data and initial pre-orders, Koios anticipates Fit SodaTM could double sales volume in the first 90 days following its release. Fit SodaTM will be available in 400 retail stores across the United States no later than the end of September, 2019.

During the period of July 2018 to July 2019 , the Company was able to reduce its COGS (cost of goods sold) by approximately 13%, generating approximate blended gross profit margins of 32% to 43%. However, net profits have not been realized on account of the Company’s growth strategies, in which Koios continues to invest in driving top-line revenues, as well as expansion into additional retail outlets.

The Company has a year-end of May 31 . Its annual financial statements are currently being complied for the period of time from June 1, 2018 to May 31, 2019 and will be audited by Dale Matheson Carr-Hilton LaBonte LLP. The annual financial statements are due for filing by no later than September 30, 2019 . Some of the data contained in this press release will not be reflected in our annual financial statements, as the Company signed initial vendor agreements with retailers and the bulk of the product ordered by such retailers was not made available to customers in retail stores until April 1, 2019 . Retailers traditionally take approximately eight weeks to clear product through their distribution centres and to place goods on their shelves. Earnings from these vendor agreements will not be reflected until the next set of quarterly financial statements are prepared and filed, which is expected to occur by no later than October 30, 2019 .

On behalf of the Board of Directors of the Company.

Fit SodaTM has zero sugar, contains naturally-made electrolytes, and is infused with branched-chain amino acids (BCAAs). Of the nine essential amino acids, three are BCAAs: leucine, isoleucine, and valine. “Branched-chain” refers to the chemical structure of BCAAs, a structure which is found in protein-rich foods such as eggs, meat, and dairy products. They are also a popular supplement sold primarily in powder form.

The Fit SodaTM line of beverages is primarily focused on physical well-being, featuring blends that offer high levels of nutrients, amino acids, and electrolytes. It is also produced using only organic ingredients, without the use of any artificial preservatives, colours or flavours. The Company has developed a lineup of four unique Fit SodaTM flavours, which include Orange Creamsicle, Root Beer Vanilla Float, Black Cherry Cola and Sparkling Citrus.

Koios Chief Executive Officer Chris Miller commented on the appeal of Fit SodaTM as a natural and organic beverage, “Our society is experiencing huge demand for natural, organic foods and beverages, with the market for these products growing by an expected 70 per cent between 2016 and 2021” (Source: Packaged Facts, 2016)

At first, Fit SodaTM was only launched locally in the Denver, CO market, with an objective of using feedback from purchasers to influence changes in future iterations of the formula and packaging, as well as the taste, if need be. As a strategy for Fit SodaTM to deliver better value, Koios management made changes to the beverage’s packaging for messaging that the Company believes will resonate best with end consumers. Taking this “local-first” approach allowed Koios to build up an initial interest in Fit SodaTM, as well as to generate immediate revenues prior to conducting a full launch at a national level.

The Company is an emerging functional beverage company which has an available distribution network of more than 4,300 retail locations across the United States in which to sell its products. Koios has relationships with some of the largest and most reputable retailers in the United States , including GNC, Walmart Inc., and Wishing-U-Well. Together these retailers represent over 50,000 brick and mortar locations across the United States from sports nutrition stores to large natural grocery chains. Through its partnership with Wishing-U-Well, Koios also enjoys a significant presence online, including being an Amazon choice product.

Koios produces one of the only drinks in the world infused with MCT oil. MCT oil is derived from coconuts and has been shown to help the body burn fat more effectively, create lasting energy from a natural food source, produce ketones in the brain, allowing for more significant brain function and clarity, support healthy hormone production and improve immunity. For more information, please visit our website: https://www.koiosbeveragecorp.com.