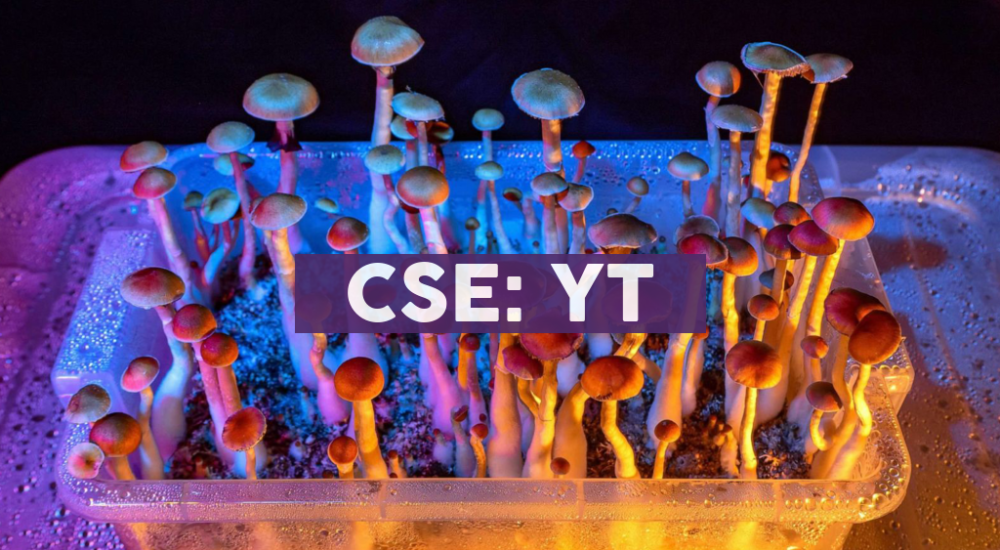 In connection with the Proposed Transaction, Silo plans to complete a “best-efforts” brokered private placement of subscription receipts of Silo (the “Subscription Receipts”) with a syndicate of agents led by Canaccord Genuity Corp. (the “Lead Agent”) and including Gravitas Securities Inc. (together with the Lead Agent, the “Agents”) to raise up to $2.5 million, with an option for the Agents to raise up to an additional $0.5 million (the “Concurrent Financing”). The gross proceeds of the Concurrent Financing, less 50% of the Agents’ cash commission and the corporate finance fee (as both are described below) as well as certain expenses of the Agents, will be deposited in escrow on the closing date of the Concurrent Financing until the satisfaction of certain release conditions, including that all conditions precedent to the Proposed Transaction have been satisfied or waived, other than the release of the escrowed funds (the “Release Conditions”).

Upon the satisfaction of the Release Conditions, each Subscription Receipt will convert into one unit of Silo (“a “Silo Unit”), which will consist of one common share in the capital of Silo (a “Silo Share”) and one half of one common share purchase warrant in the capital of Silo (each whole warrant, a “Silo Warrant”), without payment of any additional consideration or further action on the part of the holder thereof. Each Silo Warrant will be exercisable to acquire one Silo Share at a price of $0.33, until the date that is 24 months following the date of satisfaction and/or waiver of the Release Conditions. At the effective time of the Proposed Transaction, each Silo Share will be exchanged for one common share of the issuer resulting from the completion of the Proposed Transaction (the “Resulting Issuer”) and each Silo Warrant will be exchanged for one common share purchase warrant of the Resulting Issuer.

A copy of the Amending Agreement may be obtained at www.SEDAR.com under Yukoterre’s corporate profile.

The CSE has in no way passed upon the merits of the Proposed Transaction and has neither approved nor disapproved the contents of this press release. All information contained in this news release with respect to Silo and Yukoterre was supplied by each party respectively for inclusion herein and each party has relied on the accuracy of such information without independent verification.

Silo is a psychedelics company that focuses on (1) the development and operation of an e-commerce sales platform (www.SiloReboot.com) for functional mushroom tinctures; (2) the establishment of supply chain, extraction, bottling, packaging, order fulfillment relationships and infrastructure for functional mushroom tinctures; (3) the development and formulation of a patenting pending psilocybin nasal spray; and (4) the establishment and operation of Jamaican psilocybin retreats (www.SiloRetreats.com).

This news release contains “forward-looking information” and “forward-looking statements” (collectively, “forward-looking statements”) within the meaning of the applicable Canadian securities legislation. All statements, other than statements of historical fact, are forward-looking statements and are based on expectations, estimates and projections as at the date of this news release. Any statement that involves discussions with respect to predictions, expectations, beliefs, plans, projections, objectives, assumptions, future events or performance (often but not always using phrases such as “expects”, or “does not expect”, “is expected”, “anticipates” or “does not anticipate”, “plans”, “budget”, “scheduled”, “forecasts”, “estimates”, “believes” or “intends” or variations of such words and phrases or stating that certain actions, events or results “may” or “could”, “would”, “might” or “will” be taken to occur or be achieved) are not statements of historical fact and may be forward-looking statements. In this news release, forward-looking statements relate, among other things, to: the Concurrent Financing and the Proposed Transaction. Forward-looking statements are necessarily based upon a number of estimates and assumptions that, while considered reasonable, are subject to known and unknown risks, uncertainties, and other factors which may cause the actual results and future events to differ materially from those expressed or implied by such forward-looking statements. Such factors include, but are not limited to: (a) that there is no assurance that the parties hereto will obtain the requisite approvals for the Proposed Transaction; (b) there is no assurance that the Concurrent Financing will be completed or as to the actual offering price or gross proceeds to be raised in connection with the Concurrent Financing; (c) following completion of the Proposed Transaction, the Resulting Issuer may require additional financing from time to time in order to continue its operations which may not be available when needed or on acceptable terms and conditions; (d) compliance with extensive government regulation; (e) domestic and foreign laws and regulations could adversely affect the Resulting Issuer’s business and results of operations; (f) the stock markets have experienced volatility that often has been unrelated to the performance of companies and these fluctuations may adversely affect the price of the Resulting Issuer’s securities, regardless of its operating performance; (g) adverse changes in the public perception of psilocybin and nutraceutical products; (h) decreases in the prevailing prices for psilocybin and nutraceutical products in the markets that the Resulting Issuer will operate in; and (i) the impact of COVID-19. There can be no assurance that such statements will prove to be accurate, as actual results and future events could differ materially from those anticipated in such statements. Accordingly, readers should not place undue reliance on the forward-looking statements and information contained in this news release. Yukoterre assumes no obligation to update the forward-looking statements of beliefs, opinions, projections, or other factors, should they change, except as required by law.