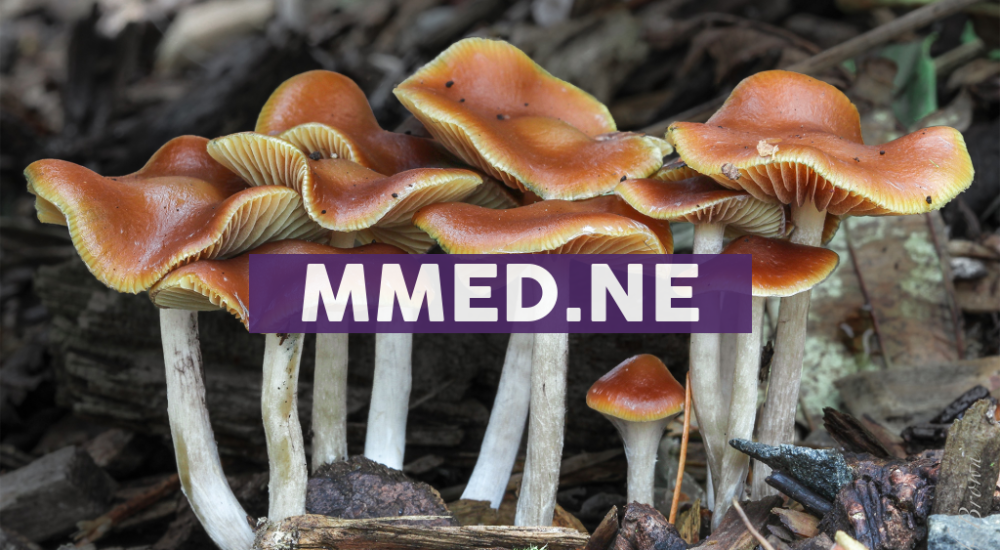 The Next Leg in the Bull Market for Psychedelic Stocks

Four Publicly Traded Companies Shaping the Next Generation of Psychedelics

ATLANTA, Dec. 21, 2020 — Santa Claus came early this year as shares in psychedelic companies like Mind Medicine (MindMed) Inc. (OTCQB: MMEDF), Ehave, Inc. (OTC Pink: EHVVF), Compass Pathways (NASDAQ: CMPS), and HAVN Life Sciences (OTC Pink: HAVLF) gave investors double and triple digit percentage returns over the past few months. In our opinion, the longer-term trend still remains higher and it looks like shares of the leading psychedelic stocks are consolidating at this point in time after having had a very nice move. Additionally, many money managers are the most bullish on the market that they have been in some time. One of the main factors driving bullish sentiment in the intermediate term is the Covid-19 vaccines, which could allow the world to return to normal in 2021. As far as psychedelic stocks are concerned, most U.S. large-cap and technology stocks have growth targets priced into valuations that leave little room for shortfalls. U.S. small cap stocks, which include the leading psychedelic plays, could have more upside than large cap stocks.

If we look at the chart pattern on any of the leading psychedelic stocks, we should see a nice series of higher highs and higher lows. The reason for this increased interest in psychedelics is improved mental health. More than 264 million people worldwide suffer from depression and mental health disorders are on the rise in every country in the world. Mental health is something every one of us should be talking about. Since serotonin and norepinephrine reuptake inhibitors came to market in the 1980s and 1990s, we have not seen a lot of life changing new pharmacological therapies for mood disorders, until the FDA approved esketamine in March 2019. Esketamine is related to the drug ketamine. Johnson & Johnson developed the ketamine derivative and sell it as a nasal spray called Spravato. Esketamine targets treatment-resistant depression, a form of depression that doesn’t get better even after the patient has tried at least two antidepressant therapies. Most important, esketamine represents the first psychedelic treatment approved by the FDA for a psychiatric condition.

MindMed (OTCQB: MMEDF) recently announced the successful completion of a pre-IND (Investigational New Drug) meeting with the U.S. Food and Drug Administration (FDA) regarding the development of lysergic acid diethylamide (LSD) assisted therapy for an anxiety disorder. MindMed said in a press release the successful completion of this engagement with the FDA was an important milestone for the company and provides regulatory clarity and confidence as MindMed advances its lead clinical development program in the U.S. MindMed intends to open the IND with the FDA in August 2021, with a Phase 2b clinical trial evaluating experiential doses of LSD in an anxiety disorder.

In the same press release MindMed said preliminary data has been analyzed for its addiction treatment program evaluating the ibogaine derivative 18-MC, which the company named Project Layla. The preliminary data from the Phase 1 Multiple Ascending Dose (MAD) and Single Ascending Dose (SAD) study has shown that the drug is safe and well tolerated at the doses tested to date, and no Serious Adverse Events (SAEs) have been reported. The press release also said that based on the excellent safety profile observed to date, MindMed’s clinical team and 18-MC’s Medical Director, Dr. Judy Ashworth, have decided to continue dose escalation in the study to gather higher dosing data. Once that additional data has been reviewed, MindMed will directly thereafter initiate the Phase 2a proof of concept study. A meeting with the FDA has been confirmed to continue discussions regarding the 18-MC clinical development plan. www.mindmed.co

Ehave, Inc. (OTC: EHVVF) could be launching the Uber Eats or DoorDash of Intravenous based home Ketamine delivery with its KetaDASH subsidiary www.ketadash.com. Ehave announced the acquisition of IV delivery platform CureDash www.curedash.com last week, which will become the backbone of KetaDASH. KetaDASH will provide the software, staffing, protocols, and equipment for medical practitioners to administer Ketamine intravenously to patients at home. Ehave has designed a smart and intuitive dashboard for KetaDASH from where both clients and associated nurses can get detailed insight on how the Ketamine therapy is working. KetaDASH will allow patients who are prescribed Ketamine to receive required treatments in the safety and comfort of their homes major depressive disorder, bipolar disorder, and post-traumatic stress disorder. KetaDASH also provides Ehave the opportunity to build a revenue producing platform.

Ehave provides evidence-based therapeutic interventions through its Dashboard that can be used by clinicians and researchers to manage data during psychedelic research and trials. Based on BlockChain, the Ehave Dashboard is a cloud-based, data-driven platform that can deliver seamless integration of electronic health records (EHRs) to medical professionals, telehealth providers, psychedelic researchers and clinicians. Developed through years of testing with mental healthcare professionals at one of Canada’s largest hospitals, The Ehave Dashboard is both HIPAA and GDPR compliant and keeps data on chain and safe in the cloud. By utilizing BlockChain technology Ehave can offer its medical partners an opportunity to lower their administration costs by up to 90%. Ehave plans to use its Dashboard and digital technologies to build an ecosystem that will assist psychedelic medicine companies change the way mental health is treated. In our opinion, Ehave’s dashboard could be compared to MindMed’s Albert division, which was formed to help research and develop an integrated platform for delivering psychedelic medicines, experiential therapies, as well as digital therapeutics.

Also last week, Ehave CEO Ben Kaplan issued a letter to shareholders. The letter said, “From a corporate standpoint, we are a fully reporting company with the SEC. We have applied for OTCQB registration and anticipate filing with the Canadian Securities Exchange by the end of the year.” In January, 2020 Ehave purchased a 10 percent stake in Psychedelitech, Inc. through the Mycotopia Therapy subsidiary. Psychedelitech is the parent company of PsyTech, the world’s most recognized psychedelic conference. As a result of a recent financial transaction, Psychedelitech is valued at $15 million, making Ehave’s investment worth $1.5 million. https://www.ehave.com

Compass Pathways (NASDAQ: CMPS) is testing a synthetic form of psilocybin as a therapy for treatment-resistant depression. Most of the other companies are testing the organic version of the psychedelic compound that occurs naturally in magic mushrooms, aka shrooms. The way Psilocybin works is it binds to the serotonin receptors in the brain that regulate an individual’s mood, sleep, and appetite. Compass Pathways is emerging as one of the leaders in psychedelic medicine, since its synthetic psilocybin, COMP360, was granted breakthrough therapy status in 2018 by the FDA. The company is currently testing COMP360 in a phase 2b clinical trial.

Compass Pathways has only been public a few months, but it is backed by investors like PayPal billionaire Peter Thiel and Christian Angermayer, the founder of Apeiron Investment Group. Atai Life Sciences, a company that backs Compass Pathways and other psychedelic drug developers recently closed a $125 million funding round, which was another fist bump for the industry that more investors believe has the potential for mental-health breakthroughs. This was actually more than the $80 million raised by Compass, as well as the $30 million raised by nonprofit groups the Multidisciplinary Association for Psychedelic Studies and the Psychedelic Science Funders Collaborative. Atai is Compass Pathways’ biggest shareholder. https://compasspathways.com

Havn Life Sciences (OTC: HAVLF) is a Canadian biotechnology company pursuing standardized extraction of psychoactive compounds, the development of natural healthcare products, and innovative mental health treatment to support brain health and enhance the capabilities of the mind. Havn Life recently announced the first preclinical study to focus on the effects of psilocybin on the immune system, in partnership with Dr. Geoffrey Bove, Dr. David Mokler and Susan Chapelle, eMBA. The Company’s science division, Havn Research, is undertaking a study to determine if a single dose of psilocybin extract can impact the body’s inflammatory response and regulate the human immune system. The Havn Life team will begin this preclinical study in Q1 2021. This study is the first step required to file an application for the development of psilocybin delivery methods that could address inflammatory and immune diseases such as arthritis.

As we have said previously, Havn Life Sciences is another psychedelic stock with seasoned management. Executive Chairman Vic Neufeld was the CEO of Aphria for 5 years from 2014 to 2019. Prior to Aphria he served as CEO at Jamieson Laboratories, which is one of Canada’s largest manufacturers and distributors of natural vitamins, food supplements, herbs, and botanical medicines. Under his leadership Jamieson Laboratories went from $20 million in annual sales to over $250 million and expanded its distribution network to more than 40 countries. Chief Executive Officer Tim Moore was the former CEO of Green Growth Brands, from IPO through to Jan 2019, leading the Company to $1 Billion market cap. Gary Leong, Chief Scientific Officer, was formerly Chief Scientific Officer at Aphria Inc. where he established and oversaw the Quality Assurance, Quality Control, Regulatory Affairs & Research and Development functions. https://havnlife.com

DISCLAIMER: OTC Stock Review (OTCSR), which owns and operates OTCStockReview.com, is a third- party publisher and news dissemination service provider, which disseminates electronic information through multiple online media channels. OTCSR is NOT affiliated in any manner with any company mentioned herein. OTCSR and its affiliated companies is a news dissemination solutions provider and are not a registered broker/dealer/analyst/adviser. OTCSR holds no investment licenses and may not sell, offer to sell or offer to buy any security. OTCSR’s market updates, news alerts and corporate profiles are not a solicitation or recommendation to buy, sell or hold securities. The material in this release is intended to be strictly informational and is never to be construed or interpreted as research material. All readers are strongly urged to perform research and due diligence on their own and consult a licensed financial professional before considering any level of investing in stocks. All material included herein is republished content and details which were previously disseminated by the companies mentioned in this release. OTCSR is not liable for any investment decisions by its readers or subscribers. Investors are cautioned that they may lose all or a portion of their investment when investing in stocks. For current services performed OTCSR was compensated one thousand five hundred dollars for news coverage of current press releases issued by Ehave, Inc. by a non-affiliated third party. AN AFFILIATE OF OTCSR HOLDS SHARES OF EHAVE, INC. AND MINDMEDICINE, INC., BUT NOT IN THE OTHER COMPANIES NAMED IN THIS RELEASE. ALL SHARES WERE PURCHASED IN THE OPEN MARKET.