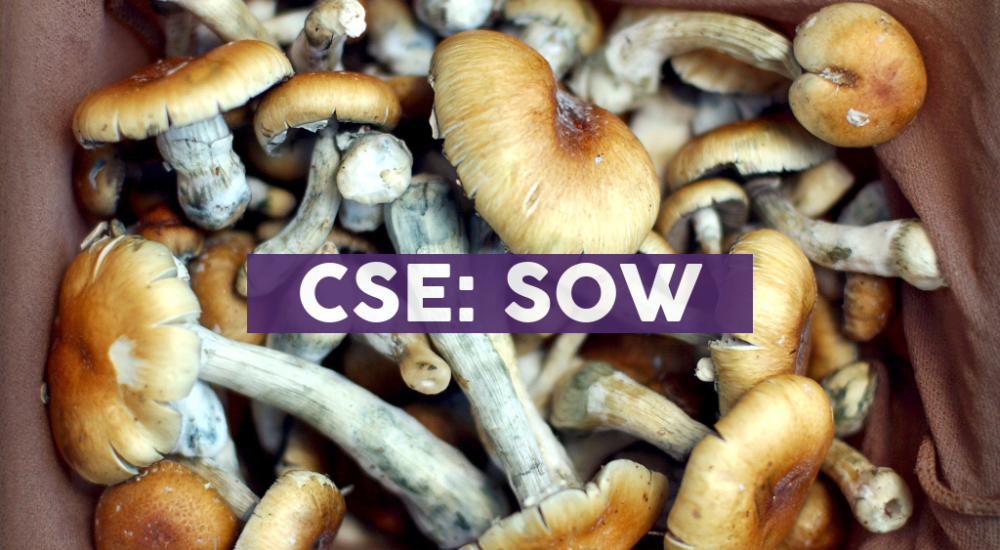 VANCOUVER, British Columbia, Oct. 28, 2020 — Organic Flower Investments Group Inc. (CSE: SOW)(FWB: 2K6)(OTC: QILFF) (“Organic Flower” or the “Company” or “SOW”) is pleased to announce that further to the Company’s news release on August 21, 2020 announcing its intention to augment its investment portfolio with a hydrogen sector investment, the Company has acquired a 90% equity interest in California-based PowerTap Hydrogen Fueling Corp. (“PowerTap”) as at October 27, 2020.

“PowerTap is very excited to have had this investment and recognition from SOW and plans to quickly build out a large North American hydrogen fueling station network from its strong position in IP and over two decades of continuous progress in creating hydrogen fueling solutions.

As an experienced developer of technology in an important area that is finally having its time as a green but also economically compelling energy options, PowerTap is intent on becoming a leading part of the multi-billion dollar hydrogen fueling space,” said Raghu Kilambi, CEO of PowerTap.

PowerTap’s corporate presentation may be accessed at the following link: https://sowinvestments.ca/wp-content/uploads/2020/10/PowerTap-Deck-Oct28.pdf

The Company believes that finally hydrogen is going to have its time due to the clean tech revolution and economic advantages over incumbent fueling technologies, especially in commercial transportation. Industry reports forecast hydrogen to be a US$130 billion industry by 2030 in the USA with 700,000 jobs1.

Hydrogen powered vehicles have major advantages over battery electric, gas and diesel vehicles (driving range, fueling time and cost per mile)2. Billions of dollars’ worth of hydrogen long haul trucks and cars are expected on the market in next 2-4 years from incumbents and upstarts in the next 36 months3. Once produced, hydrogen powered vehicles generate electrical power in a fuel cell, emitting only water vapor and warm air.

Established vehicle manufacturers (Toyota, Hyundai, Daimler and Volvo) have announced that they are ramping up their delivery schedules of hydrogen powered cars and long-haul trucks and Nikola Motors has announced it will be manufacturing hydrogen electric long-haul vehicles4. The Company anticipates that the biggest need for the industry to receive general adoption are hydrogen fueling/refueling stations. There are currently only approximately 70 consumer hydrogen fueling stations in the U.S. versus approximately 150,000 gas stations and approximately ~25,000 battery electric vehicle (BEV) recharging stations5.

PowerTap is leading the charge to build out cost-effective hydrogen fueling infrastructure through its environmentally friendly intellectual property, product design for the modularized and lowest tier production cost of hydrogen, and launch plan.

Substantial investment continuously over a 20 year period from serious and sizeable public and private organizations and partnerships including energy multinationals, the U.S. government and further investments from a major auto manufacturer, has resulted in the PowerTap portfolio of IP and advanced deployed technologies as they exist in the present day.

For this reason amongst others, PowerTap believes that it has accrued and can deliver advantages over peers, battery electric vehicles (BEV), and gas and diesel fuel solutions, including quicker refueling, lower cost per mile and longer driving ranges – and of course, lowest tier overall emissions including initial inputs and processing.

Additional information about PowerTap may be found at its webstie at http://www.powertapfuels.com

The acquisition of 90% of PowerTap (the “Acquisition”) is the cumulation of the transactions contemplated under the previously announced letter of intent dated August 12, 2020 between the Company and PowerTap (the “Letter of Intent”). The Letter of Intent granted the Company with the option to acquire up to a 90% interest of PowerTap (the “Option”). Upon exercise of the Option, PowerTap’s shareholders (collectively, the “Vendors”) entered into a definitive agreement whereby the Company acquired 90% of PowerTap. The consideration paid to the Vendors consisted of an aggregate of 106,210,708 common shares in the capital of the Company (the “Consideration Shares”), under an 18-month escrow release program, at a deemed value of CA$0.30 per Consideration Share. The Vendors are arm’s-length to one another and none of whom, individually holds 10% or more of the issued and outstanding shares of the Company on a non-diluted basis. The Acquisition does not constitute a fundamental change or change of business for the Company, within the meaning of the policies of the Canadian Securities Exchange, but as the Acquisition constitutes a significant acquisition pursuant to National Instrument 51-102 – Continuous Disclosure Obligations, the Company will file a business acquisition report within 75 days from the date hereof.

In connection with the Acquisition, the CA$4.4 million previously advanced by the Company to PowerTap pursuant to the Letter of Intent, was converted into an 8% demand promissory note, payable to the Company.

Organic Flower has retained First Marketing GmbH, a leading investor relations and marketing firm based in Heidelberg, Germany, to provide marketing services focused on the European markets. Under the agreement, which commences on the date hereof, the service provider is to provide content distribution, translation and advertising services in Europe. The company agrees to pay the service provider up to 500,000 euros over the 6-month period to develop required content and artwork and to launch its market awareness programs in the European Union.

Organic Flower is an investment company, that specializes in investing into private and public companies opportunistically that may be engaged in a variety of industries, with a current focus in the health and renewable energy industries. In particular, the investment mandate is focused on high return investment opportunities, the ability to achieve a reasonable rate of capital appreciation and to seek liquidity in our investments. A copy of Organic Flower’s amended and restated investment policy may be found under the Company’s profile at www.sedar.com.

ON BEHALF OF THE ORGANIC FLOWER INVESTMENTS GROUP INC. BOARD OF DIRECTORS

Learn more about Organic Flower by visiting our website at: https://sowinvestments.ca/

This press release contains “forward-looking statements” or “forward-looking information” (collectively referred to herein as “forward-looking statements”) within the meaning of applicable securities legislation. Such forward- looking statements include, without limitation, forecasts, estimates, expectations and objectives for future operations that are subject to a number of assumptions, risks and uncertainties, many of which are beyond the control of Organic Flower. Some assumptions include, without limitation, the development of hydrogen powered vehicles by vehicle makers, the adoption of hydrogen powered vehicles by the market, and legislation and regulations favoring the use of hydrogen as an alternative energy source. Forward-looking statements are statements that are not historical facts and are generally, but not always, identified by the words “expects”, “plans”, “anticipates”, “believes”, “intends”, “estimates”, “projects”, “potential” and similar expressions, or that events or conditions “will”, “would”, “may”, “could” or “should” occur or be achieved. This press release contains forward-looking statements pertaining to, among other things, the timing and ability of the Company to complete any potential investments or acquisitions, if at all, and the timing thereof. Forward-looking information is based on current expectations, estimates and projections that involve a number of risks, which could cause actual results to vary and, in some instances, to differ materially from those anticipated by the Company and described in the forward-looking information contained in this press release.